How To Hypnotize Someone Without Them Knowing 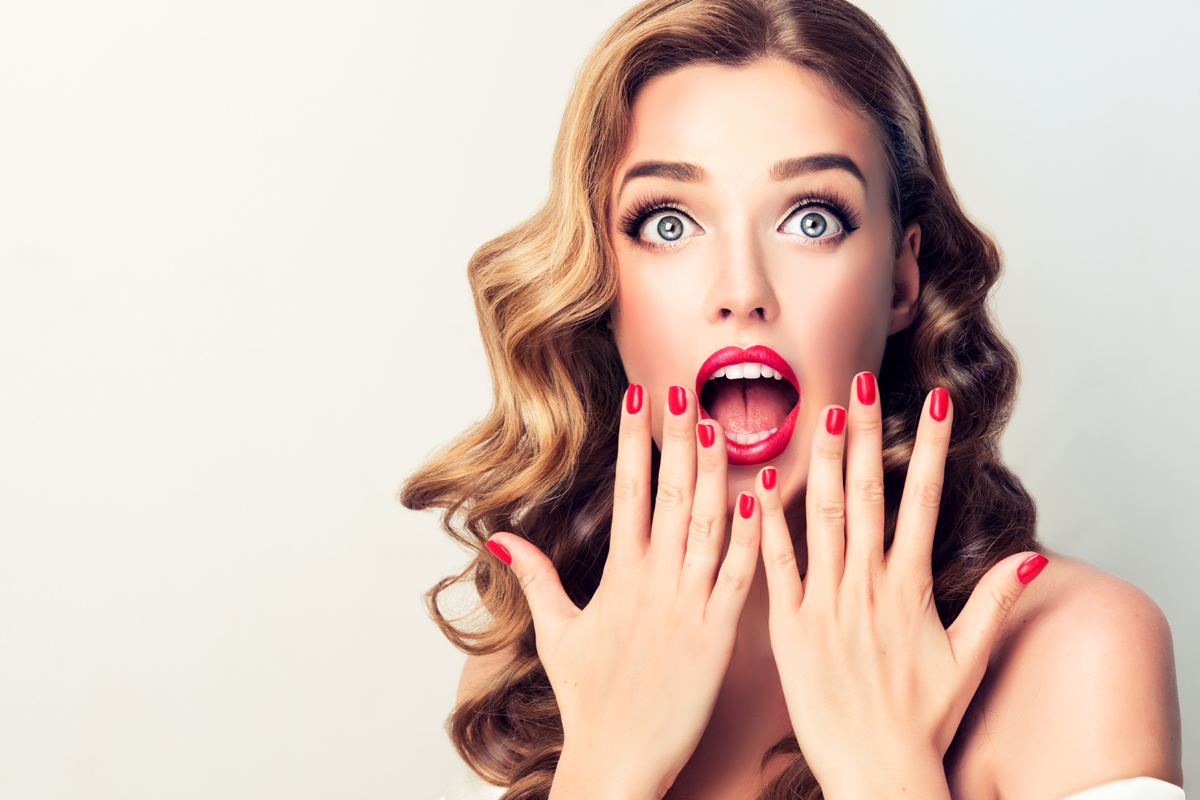 There are plenty of ways to hypnotize people without their knowledge or consent. We don’t make any claims on the morality of such. We’ll leave that up to you. But it is not as difficult as it may seem. With a little practice, you can learn some powerful ways to quickly get people in a trance, where you can further control their thinking and behavior.

The first step to hypnotize anybody, covert or not, is you have to have an incredibly strong frame. In order for one person to control the thinking and behavior of another person, they must have total confidence and committment. This is definitely not like in Harry Potter movies where you can nervously mumble some magic words and hope they’ll work.

You will learn some very powerful words in this post. But without the confidence, they won’t work. More than 90% of communication is non verbal. The words are only 10%, or less, of the communication. So to hypnotize somebody against their will, that 90% of your communication, the non-verbal part, must be rock solid.

Another myth we’ve got to dispel is one set of memorized words won’t do the trick. The words you use, the order you use them in, the tonality you them with, the speed, the pauses in between them, all have to be adjusted in real time to pace your target. Hypnotizing somebody who thinks and speaks quickly will be much different than somebody who thinks and speaks slowly. 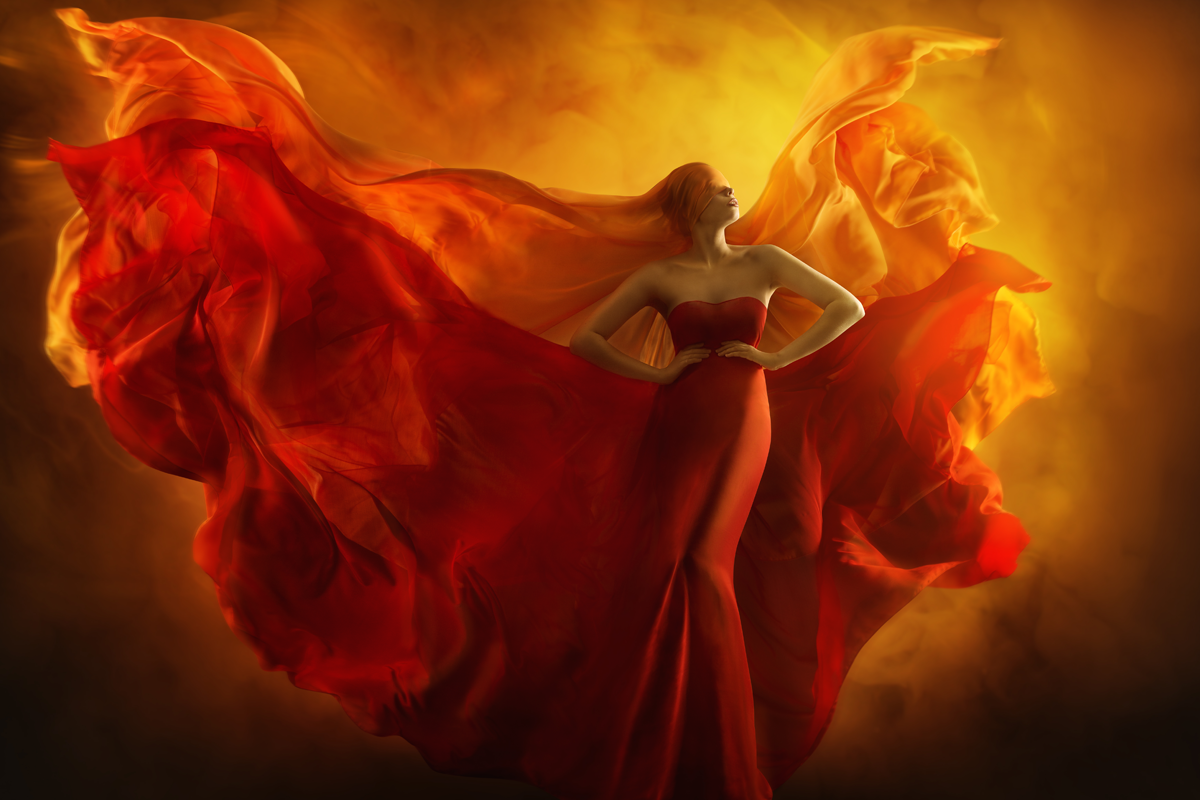 Being able to quickly hypnotize somebody without their knowledge requires you have a working knowledge of several small components. Kind of like a boxer going into a fight. You might start off with an overall strategy, but unless you can change it up on the fly, you’re going to be pretty useless.

The first set of mind altering words are ambiguities. These are the same things that make jokes funny. Why is six afraid of seven? Because seven ate nine. Jokes are funny because one thing means two different things (seven ate nine – seven eight nine) at the same time. Critically, both of them make sense. That’s why are funny.

But when using brain fading hypnosis, their are a few different meanings, but it isn’t exactly clear which is the correct one. By carefully spacing out these ambiguities you’ll overwhelm their brain, and while their brains are too busy struggling to understand, that’s when you can start controlling their thoughts.

These are the linguistic structures that you use to give them the commands. The basic structure is to deliver a very long set of ambiguities. And within the ambiguities are carefully placed commands. If you put three or four well spaced commands, they will link together in the mind of your target to create a larger message that they will automatically obey.

How To Create And Deliver Commands 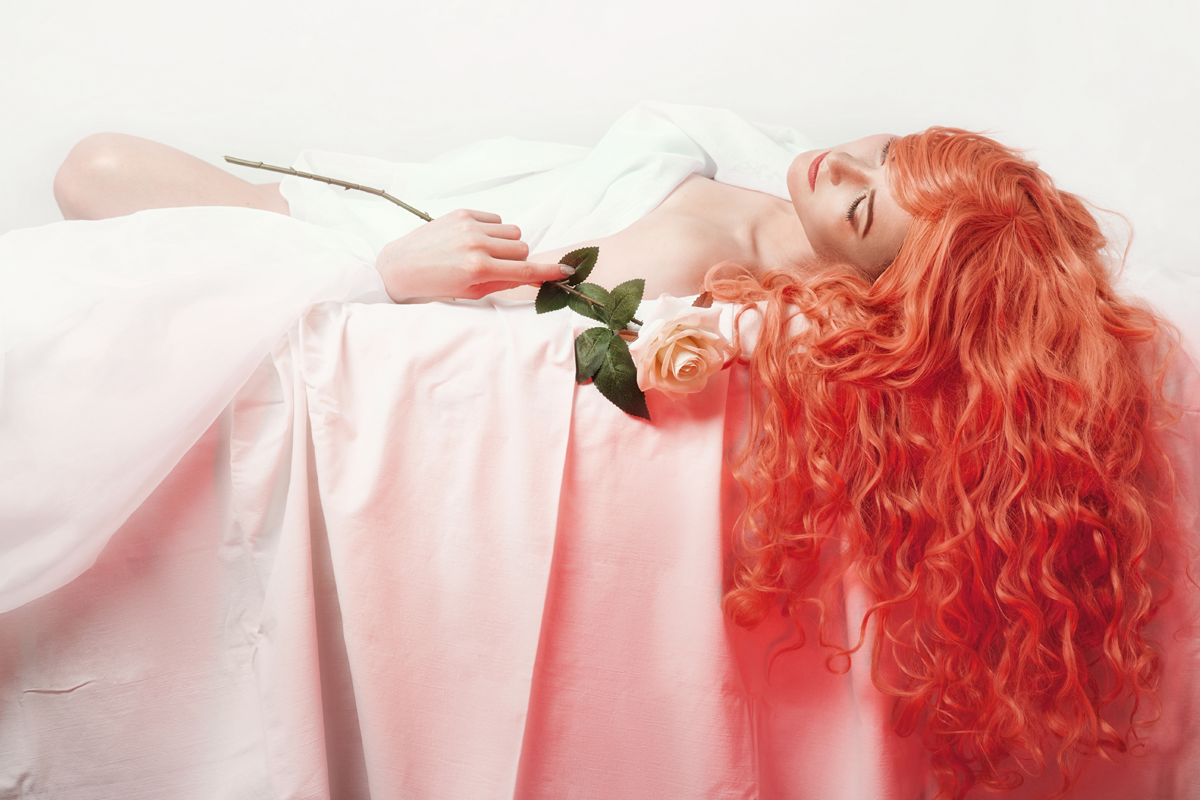 A command is a very short imperative from. A plain verb, either a signle word or a phrasal verb, with an object. The object is optional. Here are some following commands on their own (e.g. not embedded).


Notice how they all make up an overall congruent set of commands? In this example, getting somebody to sit down, eat their food and drink their juice doesn’t sound very sexy or impressive. It is an example of how to link together similar commands that would be under a general theme.

How To Deliver Commands

When you put these in a larger sentence, they become embedded. For example, consider the following sentence:

If you were to sit down you might find it easier to relax.

When you say the, If you were to… part of the sentence above, you have a normal, neutral, or even slighty submissive frame. But when when you deliver the, Sit down, part, you immediately jack up your frame strength as strong as you possibly can. Then you pause slightly, and then say the, you might find it easier to relax part with your normallly neutral or slightly submissive frame.

The idea is to deliver several commands and jack up your frame and energy only when you say those. So when they combine them together in their mind, they will add up to a very strong set of commands given by a very confident command giver.

Hide Them Within Ambiguities

If you gave them a set of commands all centered around sitting down and eating breakfast, the commands would only be partially hidden. What we want is to hide them completely. To do that we need to put together a bunch of ambiguities, so they have no idea what you are talking about. Nobody likes being confused. So when you deliver several sentences that make them baffled, they’ll be desperate for something to hang on to. They’ll look in their memory, and their subconscious will find all the commands, all said with very strong frame energy. They’ll put them together and find the hidden message. Obeying somebody with a strong frame is very preferable to thinking your brain has suddenly stopped working.

A simple way to create confusion is a punctuation ambiguity. This is when you have one word that is the end of one phrase, but it also is the beginning word in a completely different, and totally unrelated phrase. Consider the following sentence:


My neighborhood has a new set of garbage truck stops are a great place to meet women so long as you wear protection.


I need to go to the grocery store and buy some food courts at the mall have some good junk food.

I need to go on a diet coke tastes really good with ice cream.

My sister borrowed my shoe stores are disappearing since you can buy everything on line.

I’ve been watching way too much TV shows are getting much better since all the best writers are leaving the movies.

The easiest to learn, drive-by-hypnosis strategy is to combine punctuation ambiguities and embedded commands. The idea is simple. String as many sentences together joined by punctuation ambiguities and drop in an embedded command whenever you feel they are ready. This will be different for every person. Some people are easy to hypnotize, meaning they are both easily confused, and will easily follow commands.

Other people are much harder to hypnotize, meaning it’s much more difficult to confuse them, and they are much less likely to follow any command. The more you practice these techniques, and the stronger your frame is, the more people you’ll be able to hypnotize. Here is a brief example. 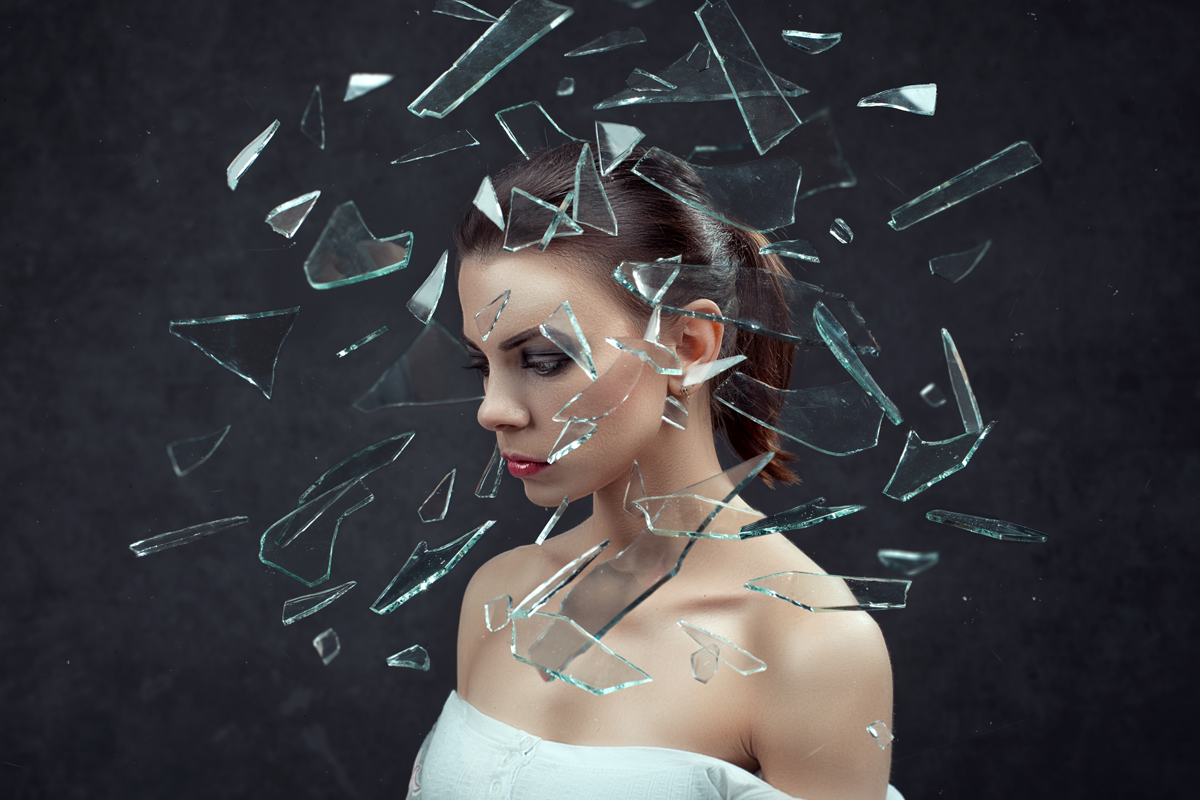 Think of any drive by hypnosis like a boxing match. You’ll have to have a lot of in-the-moment flexibility. You might have to use a large punctuation-ambiguity to command ratio, or you might find somebody who is so easy to hypnotize you can throw out only a couple of punctuation ambiguities and they’ll be out like a light.

Hypnotize More Than One Person At Once

If you are feeling really confident, you can say something like the above paragraph of confusion to a few people at once. Then whoever is easiest to hypnotize will just drop where they are standing. If this is your objective, you should have at least one person in the crowd that is in on the secret hypnosis so they can catch whoever decides to become unconscious.

Anchoring is a very powerful technique, and you can augment your hypnotic skills. The best kind of anchor is a spatial anchor, or a specific gesture. For example, in the above example, every time you gave a command (underlined) you can also fire the same anchor.

If you pre-build this anchor, it will work ever better. Tell a few stories about how you fell asleep, or somebody else fell asleep, and connect the idea of falling asleep to that same gesture. Then if you fire that same anchor while you suddenly drop in the paragraph of confusion, it will be more effective and powerful. 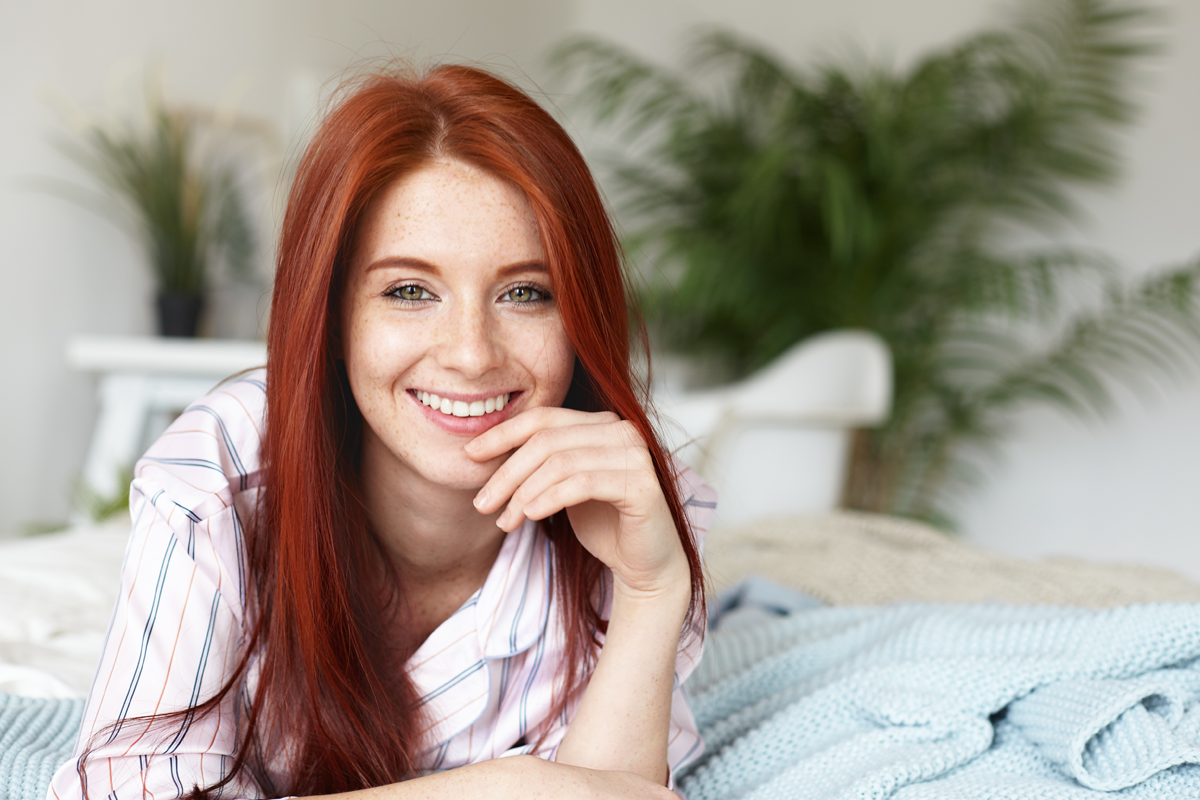 A much more powerful way to create deeper hypnosis without anybody having any idea of what’s going on is to create a hypnosis sandwich. When most people tell stories, they tell them from beginning to end. They start, they reach a mini climax, and then they are finished.

But if you create a bunch of mini-cliffhangers, their brains will be using way to much energy trying to keep track of everything. The basic structure is like this:

Story One – Start talking and build up to a mini cliff hanger. Go for at least a minute.

Middle Story – This is the one with the most ambiguities and commands. In this story, you can be very creative with the type of commands you put in. Instead of just knocking people unconscious with your hypnotic powers, you can install ideas, or even put in post hypnotic suggestions.

Whenever you put a wizard or a magician or a hypnotist in the middle story, that you are quoting, use the self point (SP) whenever possible. This way when you say things like dream about money (SP) or dream about sex (SP) nobody will be sure what you mean.

For one, they are completely confused because you started two stories without finishing them. Second, the middle story is about some magician you saw at open mic night, and you are quoting that magician and basically delivering those quoted commands to the people you are telling the story to. On top of that, you are referring to yourself any time you say something good.

Finish Up By Closing The Loops

Then once go back and finish up stories one and two, the middle part will be largely forgotten. But since you’ve given them a bunch of post hypnotic suggestions about dreaming, they’ll go home and having a bunc of crazy dreams about you.

Be Creative – Be Bold

This does take plenty of practice. But being able to suddenly slip into hypnosis mode is a powerful skill to have. When you’re in an interview, when you’re having an argument, when you find yourself in a conversation with a potential business or romantic partner, all of these are perfect opportunity to drop in some hypnotic power and get them thinking EXACTLY what you want them to think.

Mind Persuasion has tons of books and courses designed to help you become a much more powerful and influential communicator. Consider the following books on hypnosis: