How To Be The Chosen One 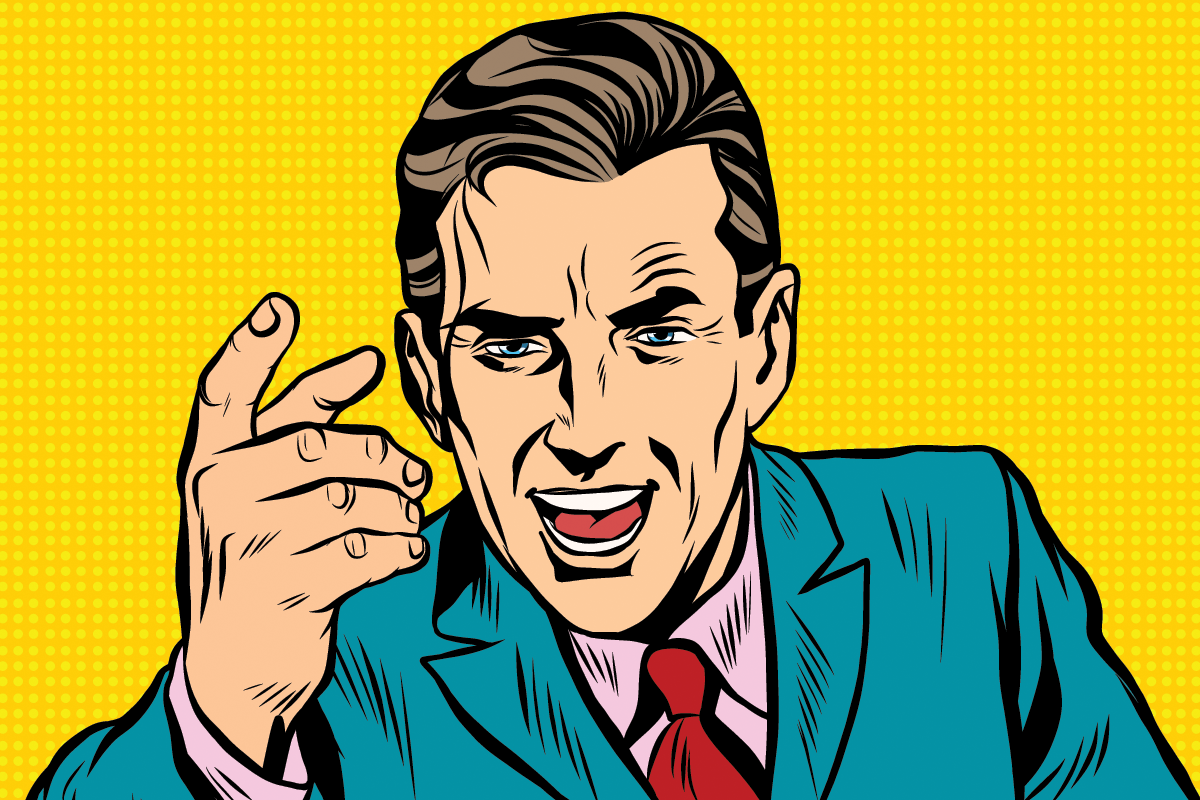 If you want to start your own cult, it’s not that different from baking a cake. Meaning if you get all the right ingredients together and mix them up together in the right way, you’ll get a cake. If you do the same, you’ll get a cult. Of course, getting the ingredients together to make a cult is a little bit more difficult than popping down to your local shop and picking up some cake mix.

Few Cults Are Started On Purpose

What makes it seem more difficult to start your own cult from scratch is that few cults are ever started on purpose. Some guy starts some kind of game, it gets bigger, sometimes it spins out of control and people ending up dying or killing each other or going to prison.

But the main benefit of starting a cult from scratch is it won’t likely spin out of control. And once you learn how to start a cult, you can use the very same organizational skills to start a business, start a religion or even just do better at your job.

To start any cult, you’ll need followers. You’ll need to have people to come see you do what it is you do. Some businesses have cult-like following. If you watch any videos of the early days of Microsoft and how those goofs would jump up and down on stage, it’s hard to say that’s not a cult.

The same goes with any mainstream popular motivational speaker. The main thing all these have in common is followers. These can be customers, subscribers to any of your social media, or worshippers in your church. 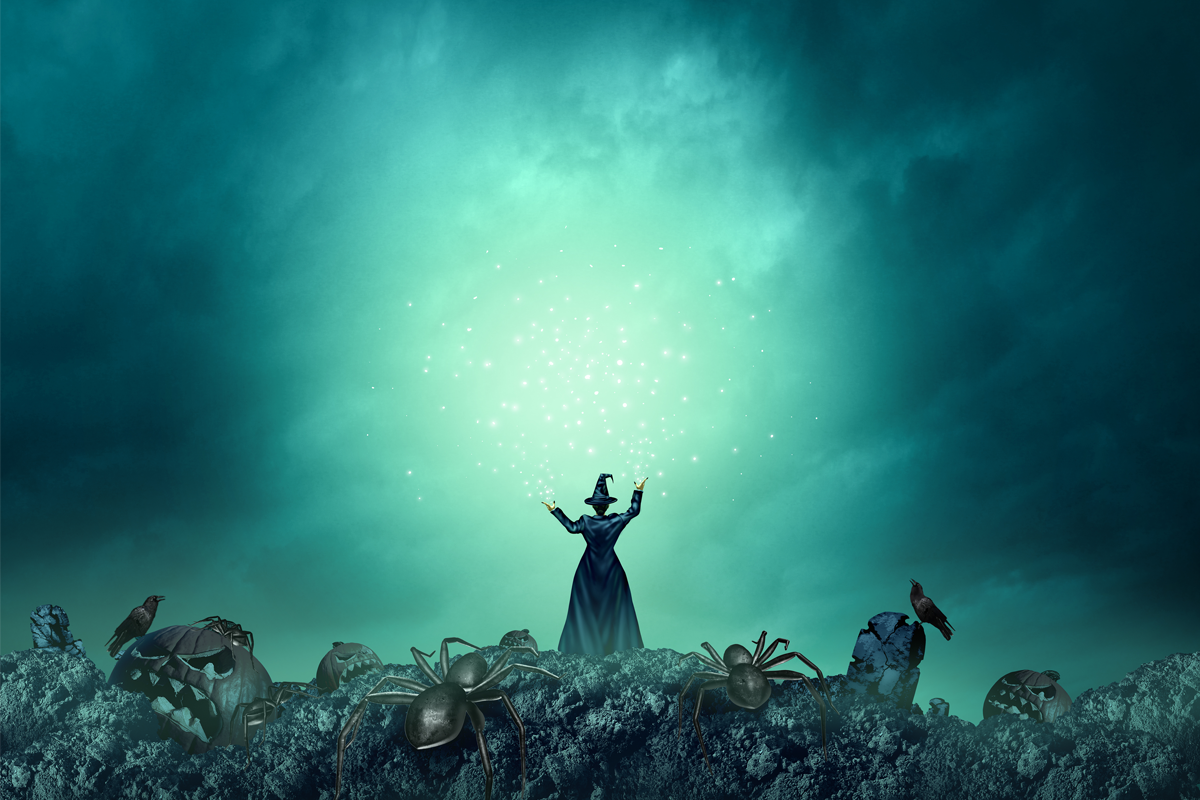 That’s you, by the way. You have to be charismatic, or have a charismatic message. People have to have a compelling reason to watch you or listen to you or obey you. Even if you’re trying to build a cult following on YouTube, your followers need a reason to watch you and not the billion other choices they have. It would suck to lose out to a cat juggling ping-pong balls!

This is the thing through which your message will pass. It can be a church, it can be a street corner, it can be the internet, it can be the soapbox you stand and preach from in your local park. You need something, whatever it is.

This is something you’ll need to think of on your own. The main benefit of cults that eventually spin out of control is they get lucky. It’s very unlikely Manson, Tony Robbins or that Indian guy on Netflix had any idea what they were doing when they started. They just started saying whatever came to mind and it worked. Manson and that Indian guy on Netflix spun out of control, but Robbins is still going strong.

Manson would have ended up dead anyway, as his message was about secret passageways underground in the desert and cutting people open. That Indian guy on Netflix could have reasonably created a large and sustainable business (the people who run his business still make tons of $$$), but he let it spin out of control and he got chased out of the country, and his sidekick got thrown in the clink.

Whatever your message is, make it sustainable. Something that actually helps people. Robbins has been saying pretty much the same stuff (You’re awesome!) for decades and people still pay to hear him say it. Make sure it’s not based on anything illegal or something that people won’t readily hear. 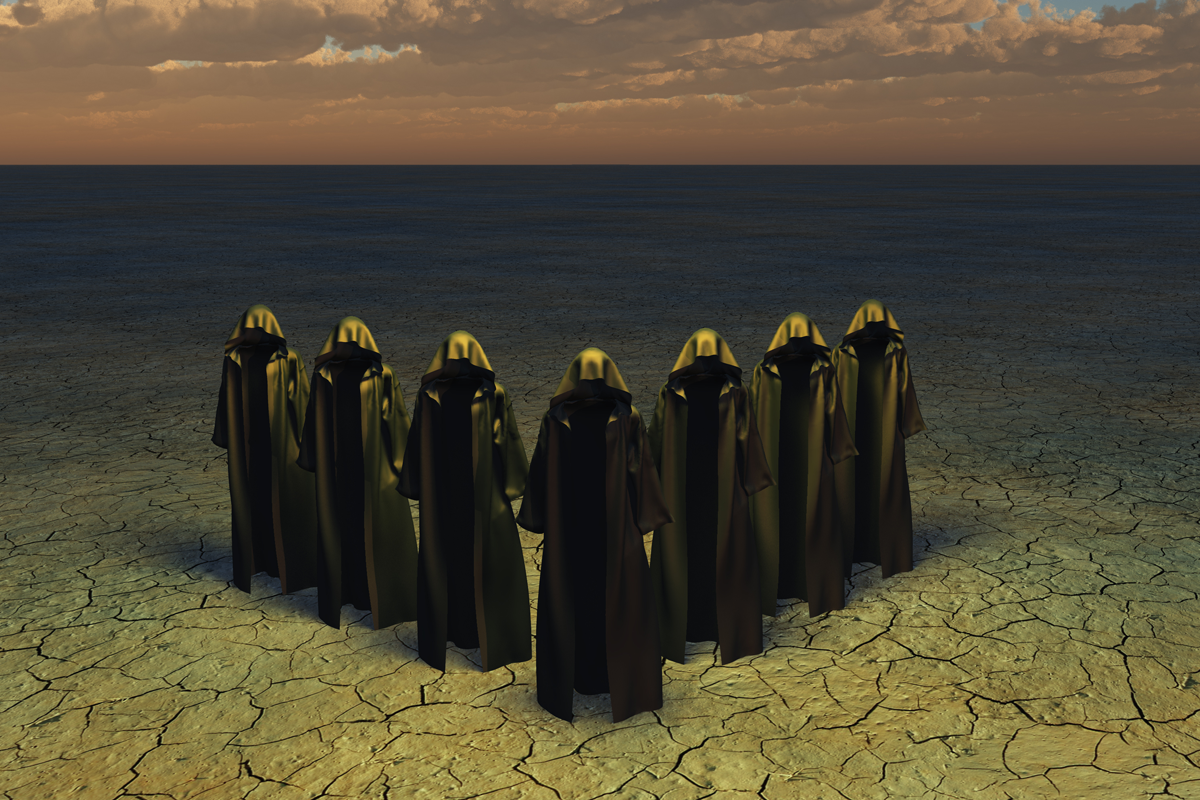 Before you build your cult, you’ll need to create your own aura of authority. Even Manson had authority in the hippy community. He could play the guitar and sing, and he said things that seemed authoritative to the young hippies running away from home. It also helped that he’d spent most of his life in prison of some kind, giving him more credibility.

That Indian guy on Netflix already had a large following in India selling self-help hypnosis based stuff before he went to Oregon and went big time. Robbins has built in authority since he’s twice as big as everybody else, had a booming voice and is a natural extrovert. This was true even back in high school. It’s easy to be a motivational speaker with the right genetic setup from the get go.

How To Build Authority

No matter how you slice it, you’re going to have to build authority before your cult gets going. Authority in person, in the form of charisma and magnetism (like Manson and Robbins) or authority based on tradition methods. Degrees, books, professional accomplishments a shitton of social media followers, etc.

Social proof is the flip side of authority. The more people in your cult, the more social proof and authority you’ll have. The bigger your crowd, the less traditional authority you’ll need (academic degrees, etc.). If you have some massive confidence, you can built a cult from scratch. All you need is enough confidence to speak and collect followers.

But if you are making sense, they’ll keep listening. This will attract more people, and if you keep them interested, pretty soon you’re off to the races. 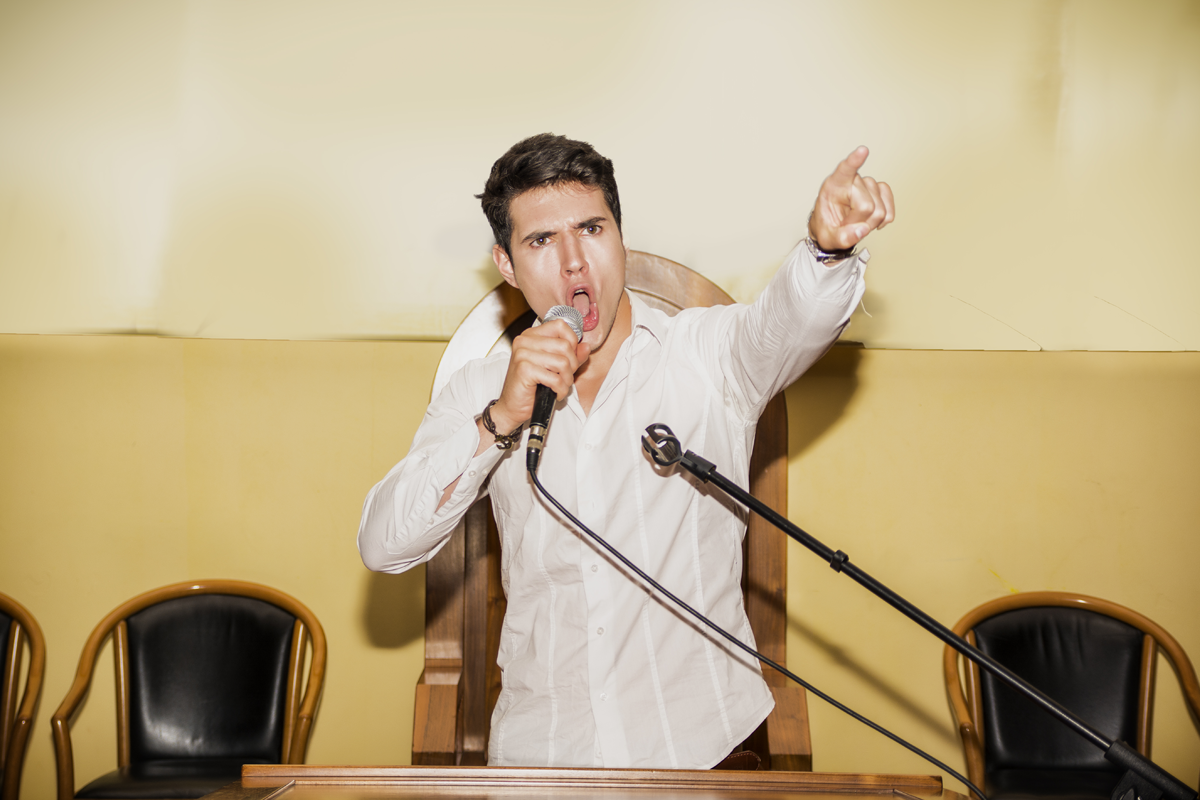 Every time people come to see you (or watch you on social media) they are more likely to do it again. It’s much better if you can set up your cult offline so people see other people whenever they see you. This will create the magic Trifecta of cult building: Social Proof, Authority and Commitment and Consistency. Once you’ve got these three together, then you’re in a position to start growing.

All humans are a collection of unmet needs. We all are hungry, then we eat, then we are hungry again. We all crave companionship. Most importantly, we all crave meaning to our lives, and most of us have zilch. Our jobs suck, our relationships suck, and we never have enough money. If you can create a situation where participating in your cult (even in the early stages) gives people real meaning, not just fake messages, then you can grow steadily. 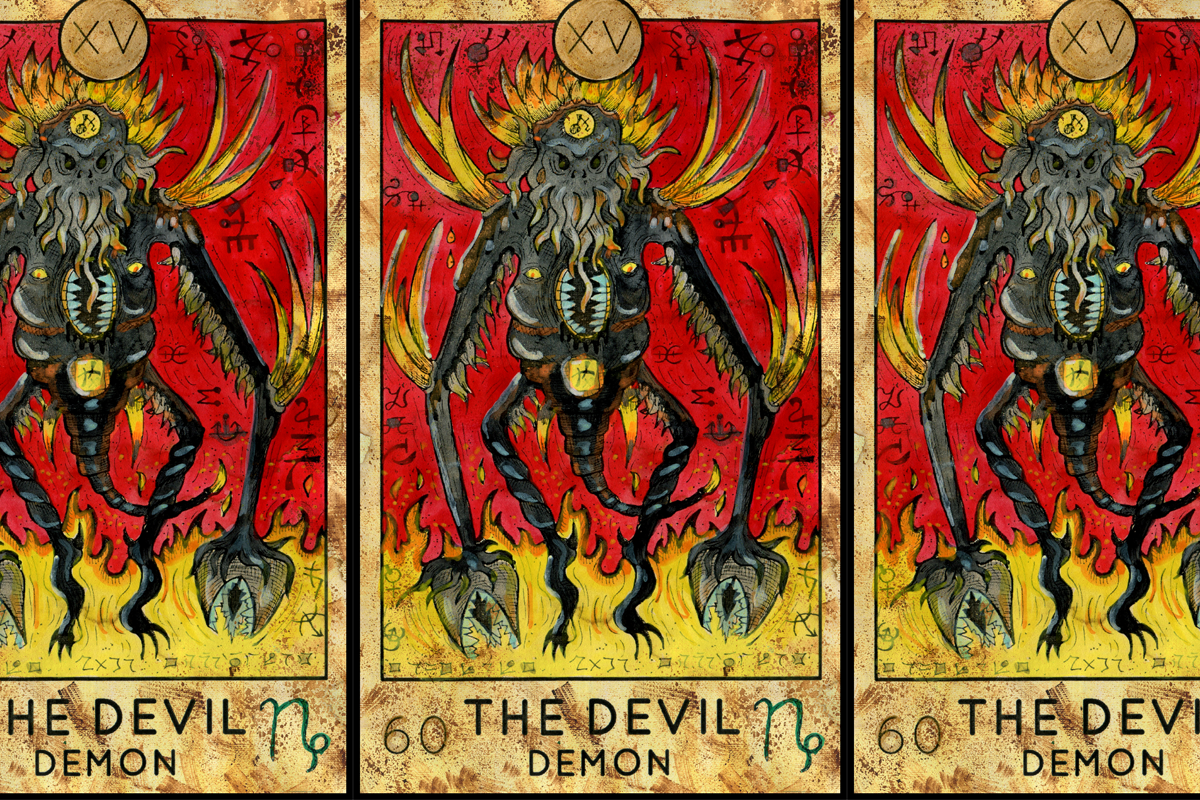 This is a common message found in many cults and even religions. The world is bad, the leaders are corrupt, and we need to figure stuff out on our own. Make belonging to your cult offers a respite from the evils of the world.

Common Message Strategy – You Are Special

This is the somewhat similar. If you can make your members feel like only within your cult are their special gifts recognized and appreciated, they will love participating. This will also help you grow your cult, as people will gladly share your message, as it is also vicariously sharing the idea that they are truly special. But this is very common, and is the theme of nearly every self help book every written. If you are going to based your cult on the specialness of your members, you’ll need to make sure it’s a kind of specialness your members can’t find anywhere else.

One – Create Your Message

Your main message will certainly evolve over time. But you need to have something compelling that can both hook your initial followers and be different from every other message. First choose what form it will be in, (us vs. them, you are awesome, the end is near, etc.) and then go from there.

You can take a look at some other cult messages, and even rewrite other common messages as your own. One way to try out different messages would be to create a different persona for each online, and see which gets the best response. 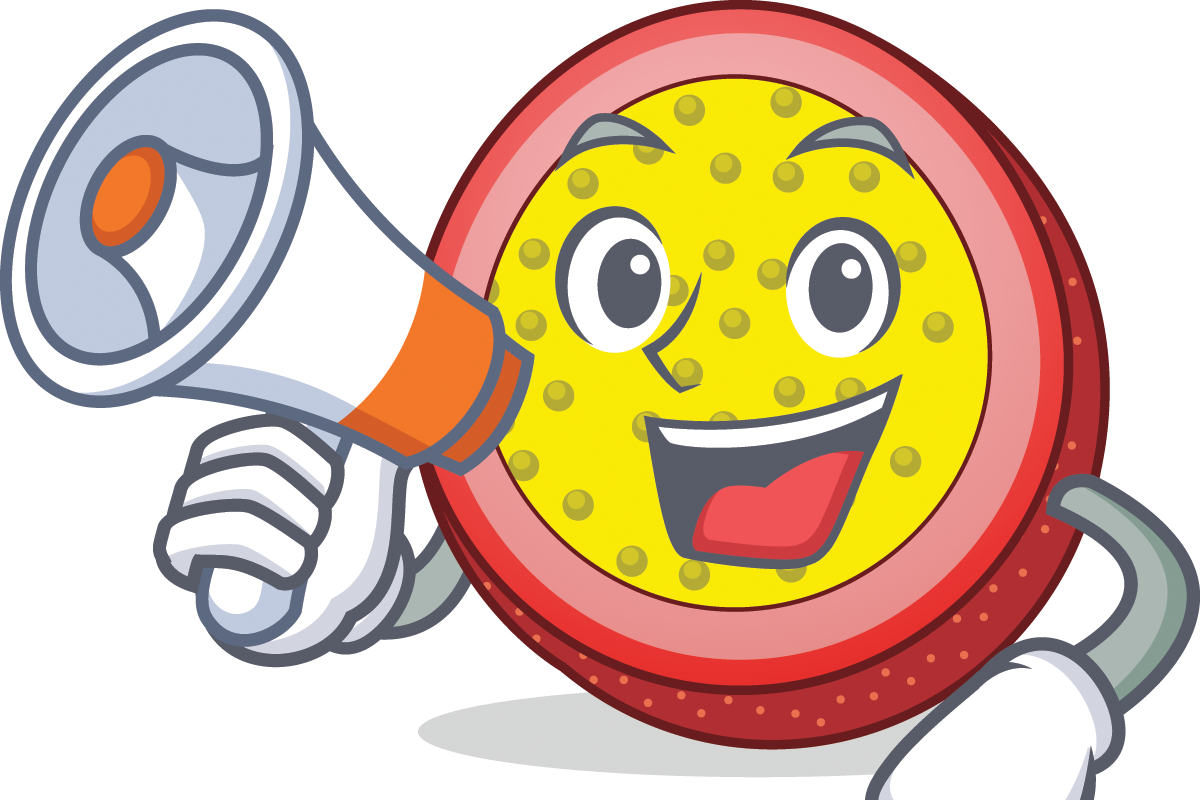 You’ll need to be charismatic as you can in person. This means you need to have strong eye contact, and a powerful frame. This can be difficult to create if it isn’t natural. Consider taking some acting classes to stretch out your comfort zone. Additionally, you may study historical or current figures to model your interpersonal cult behavior.

Cult leaders absolutely have to be able to not only hold a crowd’s attention, but to move them emotionally. This will take time if it’s not second nature. Acting class and toastmasters will help. When you are first starting out, just get the basics down as your natural self, and as you find your cult leader character, you can branch out from there.

Four – Find A Place To Preach

Consider it will be difficult to build a cult if you aren’t actually out preaching where people can see and hear you. While it may be tempting to build a cult from YouTube or social media, most of your fans won’t leave their homes often, making it hard to grow a real following.

Check with your local city office and find out what kind of permit you might need to stand on the corner and preach. If it’s not prohibitively expensive, consider preaching at least once a week until you collect enough followers to find a permanent location.

Five – Make Your Message As Viral As Possible 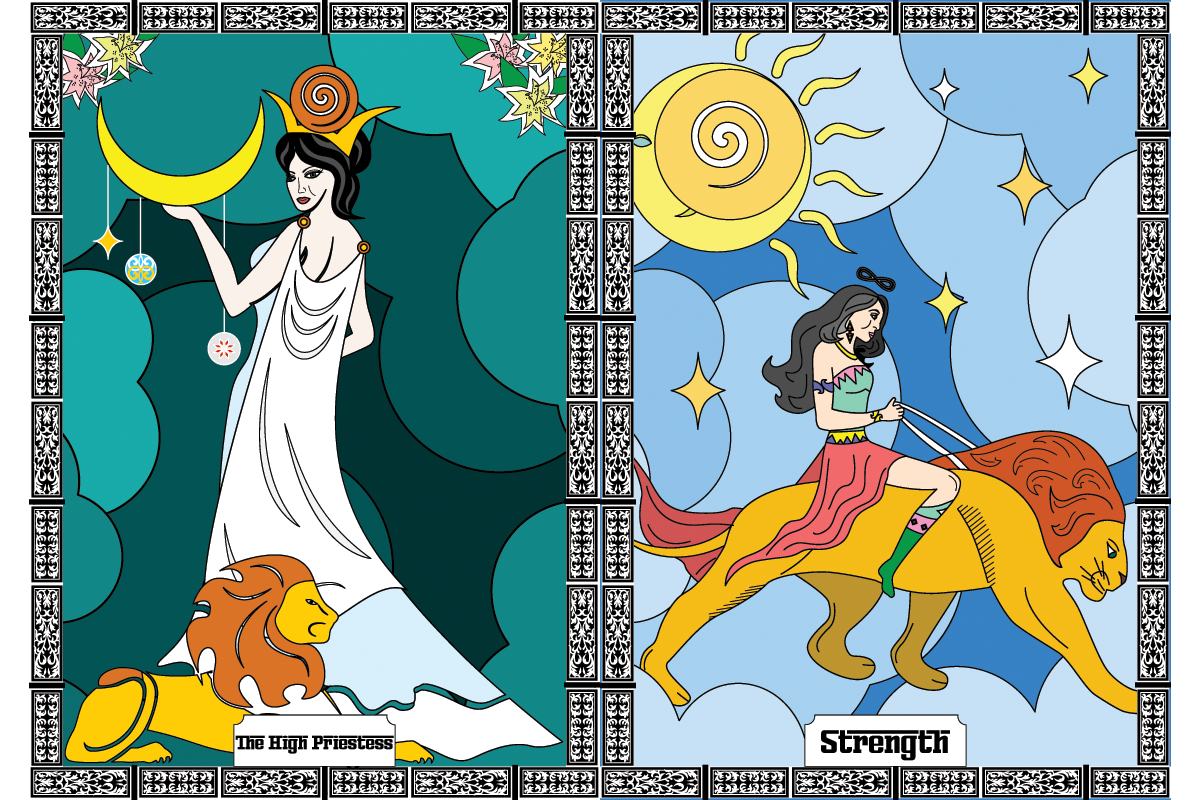 If you want to grow your cult as fast as possible, you will need to have as many of your members do recruiting. Build this into your message as possible. That they are driven to share the message as much as they can, and with as many people as they can.

You’ll need to find a balance, though. Most members won’t have enough funds to preach consistently, nor will you in the beginning. Understand that your cult may grow slowly in the beginning, as members need to keep their day jobs.

This may be the most difficult part. It’s best to center your cult around a message that is already being sold in some from. This way your members can sell your products while they are recruiting members. If you can create some consistent product creating that can be done by your followers, this can be very helpful.

Seven – Shoot For Self Sustaining Growth

The ideal situation would be to have a scalable source of income. Where each member can contribute in some way to the growing source of income. You’ll eventually need to buy a large compound, and this requires satisfying plenty of legal and tax restrictions. But once you have a large enough compound, and your income is growing along with your membership, you’ll have done well. 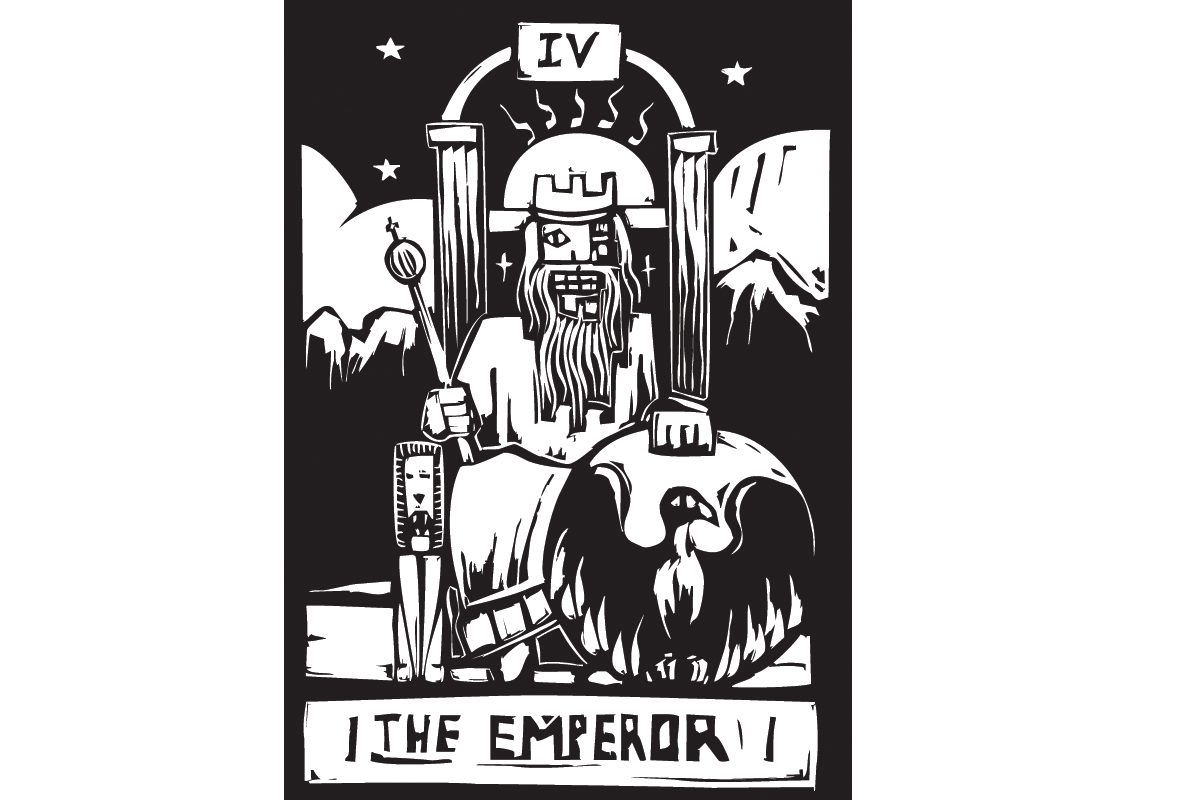 Consider hiring legal professionals as well as public image consultants. The last thing you need is for your cult to spin out of control and become an enemy of the state or local authorities. This will not only create expensive legal bills, but if your income is based on selling products or seminars, any legal issues may have a negative impact on your income stream.

All it takes is one unhappy cult member who leaves and spread rumors of abuse, and you’re as good as done. Keep everybody happy, let your members leave if they like, and continue to grow. Once you get to a certain size, consider putting a cap on new members and perhaps even consider franchising out.

Nine – Create As Many Product Lines As Possible

Books, seminars, home study DVD’s, all these can continue to bring in income. So long as you steer clear of suicide, any weird sexual rites, murder or conspiracy, you should be fine. Make sure your legal team is aware of any pending issues and you stay on good terms with any local authorities. Donating to local elections and supporting any popular candidates won’t hurt.

Mind Persuasion has plenty of books and courses all designed to help you make the best of your life with as little effort as possible.